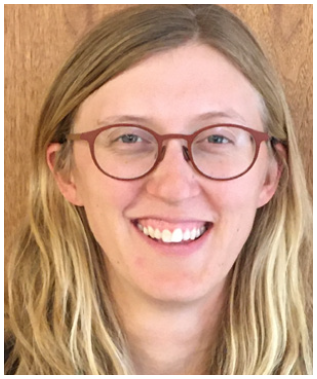 When Caitlin Waddle graduated with an undergraduate Mathematics degree, she had a difficult time imagining herself as a mathematician, instead deciding to pursue a career as a teacher. Having returned to research and studying the heady disciplines of algebraic geometry and graph theory as a master’s student at SF State, she’s now on her way to a Ph.D. program in math at the University of Michigan.

As an SF State master’s student, Waddle was chosen to participate in several prestigious programs, including the Mathematical Sciences Research Institutes Graduate Summer School on Geometric Group Theory and the Women in Mathematics program at the Institute for Advanced Study in Princeton, New Jersey. She also was recently awarded a prestigious Anniversary Award from the ARCS Foundation and was an integral member of the Mathematistas, a campus student group that promotes gender equity in mathematics.

As she pursues her Ph.D. and her planned career in academia after that, Waddle sees mentorship as a crucial part of her mission. She hopes to open her students’ eyes to possibilities and opportunities they never knew were open to them. “Being able to be that little push, helping people to imagine a slightly bigger future than they might have been able to otherwise, feels really gratifying,” she explained. “That’s the sort of mentorship and leadership I’m interested in working on going forward.”